The title Slovak Puppy Champion is awarded if:

The Slovak puppy champion title is confirmed upon owner’s request (prescribed form) at:
Slovenská kynologická jednota, Furmanská 9, 841 03 Bratislava, Slovakia
Please, enclose originals of critiques and a copy of the dog´s pedigree to your application. Send all via registered shipment (not currier).
Charge for the Slovak puppy champion title is 5 €. Issuing a diploma at the show 30 €.
P & P abroad 10 €.

CAJC titles gained till 31. December 2017 must be submit to the application form for champion certificate with original CAJC card and original of the report.
Awards gained from July 1st, 2015 will be accepted for the Slovak Puppy Champion title homologation.
This order was adopted by SKJ Presidium held on December 14th 2017.
Valid is from January 1st 2018. 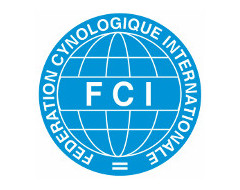